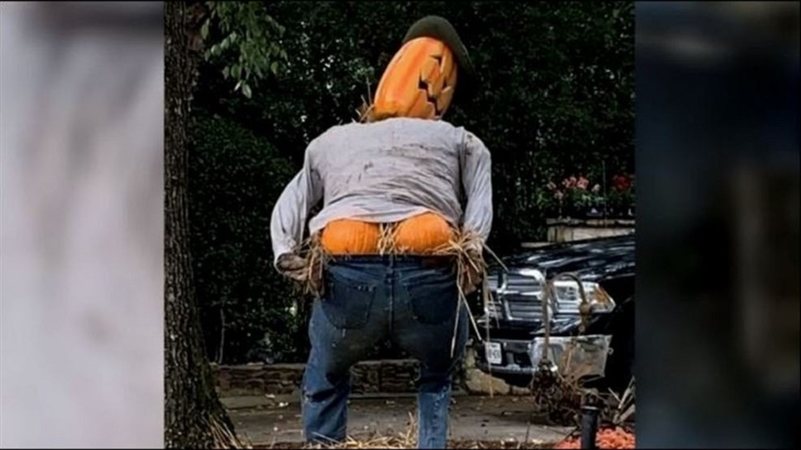 While some neighborhoods have people complaining about Halloween decorations being too scary or not very tasteful, Mike O’Neill, a local resident of North Fulton County in Georgia received a complaint from an HOA board member telling him that his rear-end facing pumpkins decoration display is offensive.

Complaints have come in from the neighborhood where families of small children have found the display offensive.

In an interview with a local news station, WSBTV, O’Neill told the reporter he’s had the Halloween decoration up off and on for the past decade and there’s been “great feedback… people laugh.”

But, being the good neighbor that O’Neill appears to be, he has made the pumpkins display decoration less offensive by covering the rear end area of the pumpkin Halloween decoration with a sign that says “CENSORED BY GBHOA.” 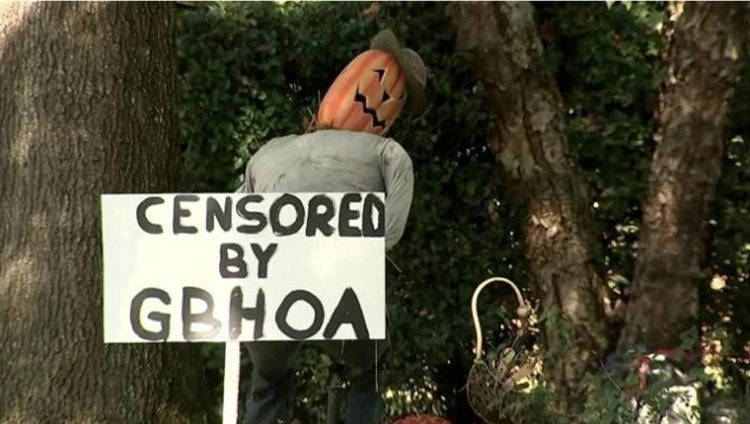 Even with the complaint, it doesn’t seem to have broken any Halloween spirit in O’Neill. In his interview with WSBTV, he says: “This is the time of year where you have to have a little bit of fun.”

Let us know in the comments below what you think of O’Neill’s updated Halloween pumpkins decoration display!