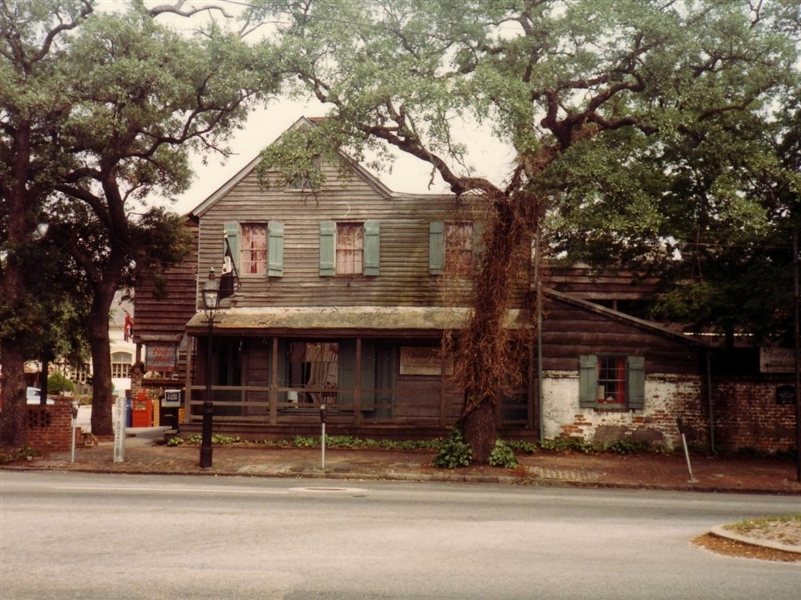 With Savannah being the oldest city in the state of Georgia, it’s not hard to imagine why it would also be the home to many ghost stories. Since its establishment in 1733, Savannah has been the site of countless Civil War battles, ruthless smugglings and meetings of tragic ends. Let’s travel these nearly three century old city streets and see what sinister stories we can dig up.

Kehoe House
You are welcome to secure accommodations in this charming restored Renaissance Revival mansion, just don’t be surprised if you awake to eerie happenings of the paranormal. Sights and sounds of children playing are just a few of the reported phenomena.

The Marshall House
Previously used as a hospital for Union troops during the Civil War, the Marshall House has been a popular place for sightings of apparitions of soldiers past. Rumor also has it that amputated limbs of soldiers were found underneath the building during its restoration.

Moon River Brewing Company
Formerly the City Hotel, this now trendy microbrewery has a few unworldly guests of its own. Toby, an aggressive spirit, and no we’re not referring to the liquid kind, is known for taunting those who dare venture downstairs.

The Pirate House
Now a dining choice for Savannah residents and visitors, The Pirate House erected in 1753 was once a watering hole for sailors, smugglers and other traveling folk. The basement even has a tunnel that leads to the Savannah river that was used to transport men against their will into seafaring service.

Sorrel-Weed House
Some of the previous residents of this 19th century Greek Revival home, both of whom met tragic ends, still haunt the premises of 6 W. Harris Street. Curious to know more? Then be sure to sign up for a tour of the historic house the next time you’re in Savannah.