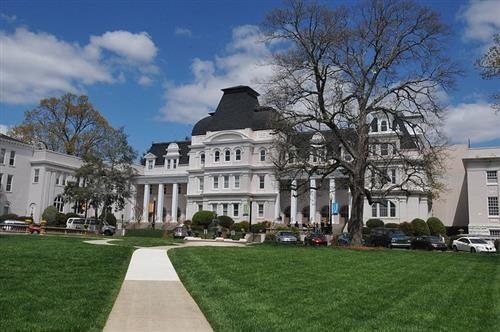 The spirit that is said to haunt this 1878 women's college is named Agnes, a former student from the early 1900's. Agnes is said to have hanged herself, her reasoning differs depending on who tells the story. She may have been denied the lead part in a dance performance or was being shunned by sorority members. She hung herself at either the balcony of Pearce Auditorium or at the swimming pool below the Pearce complex. The complex is walled up and some even say that it never existed. Some reported that her spirit can be seen hanging in the auditorium.